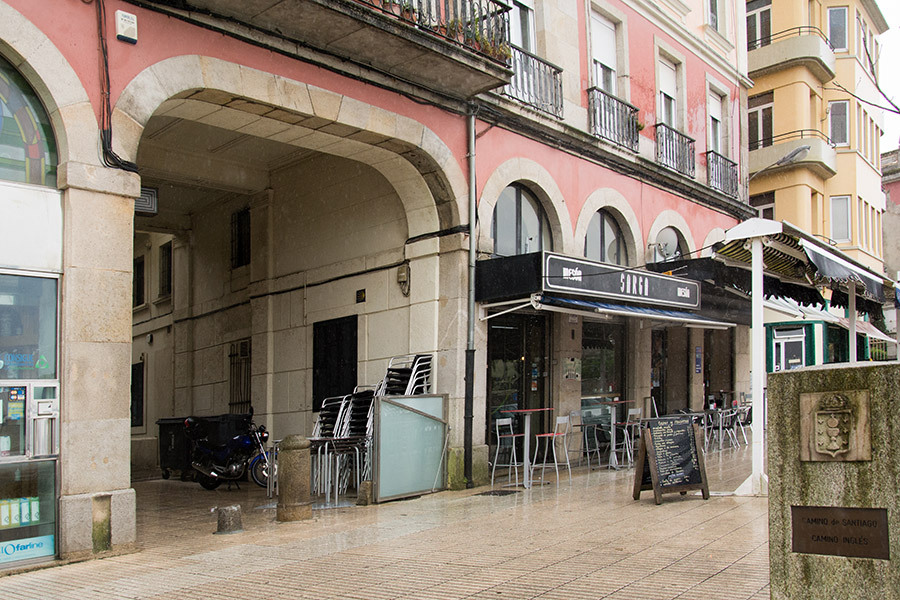 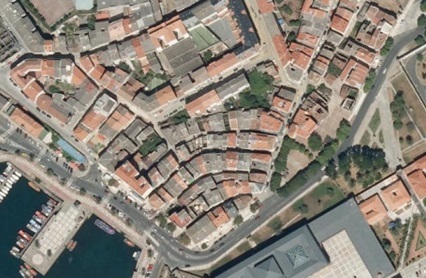 Before passing through the historic city center of Ferrol, you can visit the tourist office behind you, if you have not already done so, in the port of Curuxeiras, where they’ll provide information regarding the City of Ferrol and its region.

The Camino Inglés (English Way) starts at the port of Curuxeiras, near the district of Ferrol Vello. This district is the origin of the city and it has been inhabited since the Iron Age. The district has retained its medieval layout with its narrow streets adapted to the orography. When the city started to grow at the time of the Enlightenment, Ferrol Vello ceased to be the centre of the city to become just another district related with maritime and port activity. It was declared Heritage of Cultural Interest on February 10th 2011.

The Way passes through one of its main streets, Carmen Curuxeiras. This name does not seem to pertain to that of any specific woman. It could be related with the geography of the place, with the “height” or “peak” at which the district is settled and also the fact that this street would initially be a road reference, a “quadrivium” or “crossroads”. Moreover, this was one of the maritime gateways to the city of Ferrol.

Leaving the district we pass before the fountain of San Roque, one of the best in Ferrol, built, like so many things in this city, in the second half of the 18th century (1784). It bears the old coat-of-arms of Ferrol on which a lantern can be seen, leading to the idea that the city name came from “farol” (lantern).